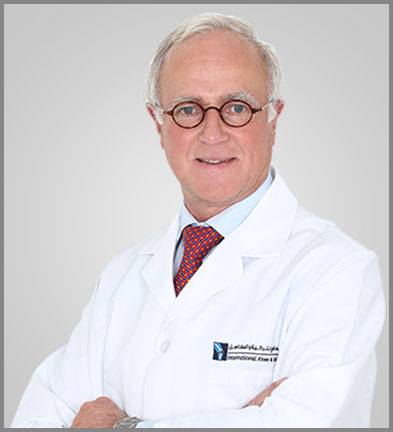 Dr Jaap Willems graduated form medical school in Amsterdam, the Netherlands.
Prior to specialising he spent 4 years in East Africa, working in a missionary hospital in a remote area in Tanzania.

After returning to the Netherlands he specialised in orthopaedic surgery at the University Medical Centre in Leiden, The Netherlands.

He started practice in a large hospital in the western part of the Netherlands in 1985, performing general orthopaedics.

In 1998 he was requested to chair an orthopaedic department in a large teaching hospital in Amsterdam.

In this hospital he also was responsible for the resident’s program.

He further specialised in surgery of the shoulder and elbow.

He founded both the Dutch Arthroscopy Society as well as the Dutch Shoulder and Elbow Society .

He initiated also research on pathology of the shoulder, both arthroscopy and arthroplasty.

In 1996 he became member of the Executive Board of the European Society for Surgery of the Shoulder and Elbow (ESSSE/SECEC), first as general secretary and from 2008 till 2010 he acted as president of this Society.

He published more than 60 articles on shoulder and elbow and is frequently asked as speaker for international shoulder congresses.

He was appointed honorary member of the Korean Shoulder and Elbow Society as well the Indian Arthroscopy Society.

He practises in Abu Dhabi since 2007 in cooperation with Dr Charles Brown.